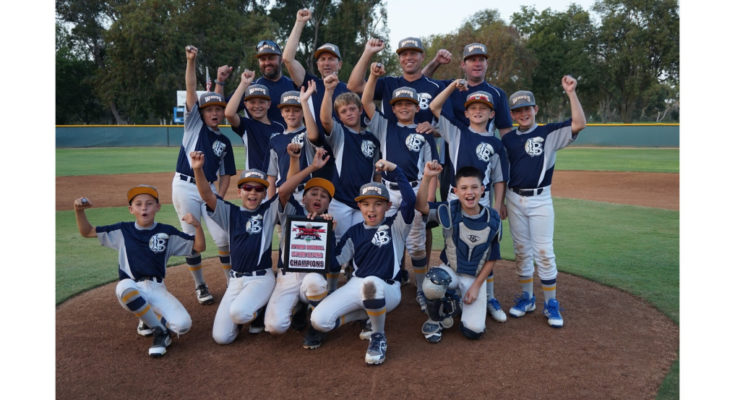 For the dozen 11-year-old athletes in the Long Beach Waves baseball game, love and enthusiasm for the sport has been enough to win 26 games in a row since Labor Day.

“They are 11 and they’re just dominating,” said Rachel Lane, mother of Benny Lane, who plays on the team.

The team meets three days a week, but Lane says that most of them are eager to practice every day.

“I have three players in my backyard right now playing in the cage,” Lane said. “They just want to get better.”

The team came together this spring when 12 players were selected to be put in an all-star group from the 10 teams playing for Los Altos Youth Baseball and Long Beach Parks and Recreation.

Together they played three games and won all of them including the California Competitive Baseball Championship. It wasn’t until the Southwest Regional Championship, that they lost in the last game to Hawaii by two points, a game that would have sent them to the World Series.

This fall, the team reassembled as a fall ball intact team, forming as The Waves and together they have won 26 games team.

Although there is a small fee to play on the youth baseball team, it pales in comparison to travel ball teams, according to Lane.

“Every coach is a volunteer dad, they do this for free,” Lane said. “Some parents pay $300 a month for kids to have paid coaching … that just goes to show how much dedication these dads and kids have.”

Lane said she believes the coaching style has also inspired the junior athletes to excel as well as they have.

“These dads really pour their hearts and souls into it and teaching common sense and teaching them to how to play the game,” Lane said. “If more coaches would teach them instead of yelling I think they would find that a lot of these kids want to pursue sports long term.”

Lane said her son Benny has only been playing for three years and has improved immensely while playing with the Waves. He even planning out the house he will buy for his parents when he plays in Major League Baseball someday.

“I think that there’s a really big message to parents that being involved in their kids lives just makes a difference,” Lane said. “We go to every practice we watch every game. It’s a great group and it wouldn’t be possible if the city didn’t provide programs like the Parks and Rec Youth Baseball.”

The team will play an Xtreme Diamond Tournament with 14 teams competing the weekend of Dec. 1-2 and hope to make it to the final games at El Dorado Park Dec 8-9.